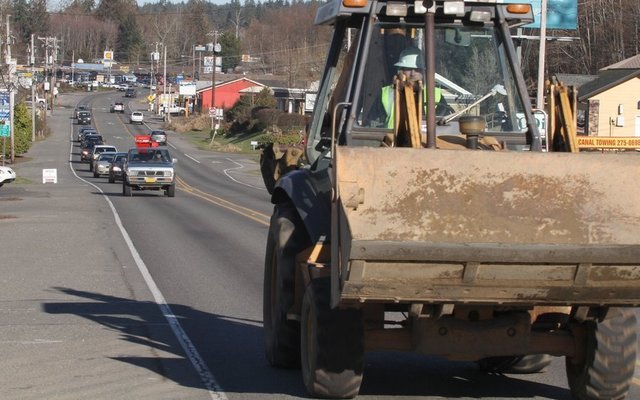 BELFAIR — Construction on the Highway 3 widening project through Belfair is expected to start by Thursday, with Ceccanti Inc. scheduled to wrap up in 253 working days.

The Tacoma-based construction company plans to build three drainage ponds and all nine of the project’s retaining walls on the west side of the highway this summer, said Michele Britton, project engineer with the state Department of Transportation.

The project will extend the left-turn lane from Romance Hill Road south to Sweetwater Creek, near Belfair Elementary. Sidewalks and wider shoulders also will be added.

“We should start seeing people come out and mobilize maybe after the Fourth of July,” Britton shared with North Mason community members last week at a Mason County Commission meeting in Belfair. “We’re excited to get started.”

Construction crews must keep two lanes of traffic open during the day, with single lane closures only allowed between 8 p.m. and 6 a.m., Britton said.

“There’s going to be a lot of nighttime construction,” she said. “You can’t widen the roadway without it.”

Even at night, however, traffic can’t be stopped for more than 15 minutes at a time, Britton said.

The Transportation Department required the water district and other utilities to move their pipes and lines out of the state’s right of way so that the state could move forward with the highway widening.

Belfair Water District completed its work from Romance Hill Road south to Sweetwater Creek, the section of the highway that Ceccanti crews will be working on this summer, and have moved on to work on the pipe beneath Romance Hill Road north to Cokelet Lane.

The district has about 1,650 feet of 12-inch ductile iron pipe left to move from underneath Highway 3 and has run into several issues with this second half of the project, said Tom Peadon, Belfair Water District manager.

“This project has not been easy,” Peadon said. “Not only do we have a significant amount of groundwater we’ve found, but we have contaminated soils that we’re working with.”

The water district is working to haul and decontaminate the soils and expects the project to wrap up in the next several weeks.

“We should be done in a month,” Peadon said. “You never know what you’re getting into. It’s a tough go. We’re doing the best we can.”

The old iron pipe that has been replaced under Highway 3 from Romance Hill Road going south has been taken offline.

The entire cost of the water district’s project is about $4 million, funded through the state’s Public Works Trust Fund and a USDA Rural Development loan.

Copyright 2015 Journal Media Group. All rights reserved. This material may not be published, broadcast, rewritten, or redistributed. 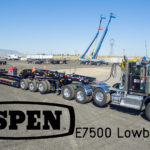 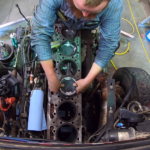 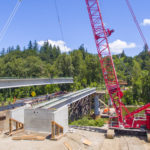